Oh cat fight! Teyana Taylor posted a video on IG. Then Rihanna posted one in response. Check out more of the gossip on LoveBScott.com

The song leaked onto the web last week. Here are some of its more vicious lyrics:

“You’re looking like a man, you’re talking like a baby / How the fuck is your song in a Coke commercial, crazy?

“Stefani, you suck, I know you’re selling 20 million / Wish they could have seen you when we booed you off in Williamsburg”

The song has been pulled from YouTube, but you can still listen to it at Perez Hilton.

Oh Snap! Kanye West is still NOT OVER Taylor Swift winning that award over Beyonce. Check out the leaked audio from Gawker.com talking about our precious Swifty, Pink, and more.

The audio supposedly was recorded secretly while West was at dinner with friends after leaving Radio City Music Hall on the night of the 2009 VMAs (September 13, 2009). Our tipster tells us that West shared a table with other musicians (none of whom are easily identifiable in the audio above) at the Corner Bistro in New York’s West Village. The salvageable audio is above, and a full transcript below.

“I’d rather just let the [inaudible] speak for itself. You know, it’s like, I was happy to be in a situation where people couldn’t say, oh, I was trying to promote my own song. For the times that I’ve, like, defended myself… [Tape break] I’m pushing the envelope! I wrote my fuckin’ ‘Run This Town’ verse for a fuckin’ month! When I heard Eminem’s verse on the Drake shit, I went back and rewrote my shit for two days. I canceled appointments to rewrite! I fuckin’ care! You know what I’m saying? And that’s what I’m saying. Because I did that, Taylor Swift cannot win over Beyoncé! Because I wrote my verse in two days, Taylor Swift cannot beat Beyoncé. As long as I’m alive! And if I’m alive, kill me then! Kill me then! As long as I’m alive, you gon’ have to deal with it. ‘Cause there ain’t gonna be no more motherfucking Elvises with no James Browns.

[A female voice asks, “Why are you so angry? What’s the anger?”] Because my mother got arrested for the fuckin’ sit-ins. My mother died for this fame shit! I moved to fuckin’ Hollywood chasing this shit. My mother died because of this shit. Fuck MTV.

It ain’t no love. What the fuck was Pink performing? Don’t nobody know that song. Pink performed twice! Two songs? How the fuck Pink perform two songs and I didn’t even get asked to perform “Heartless.” “Heartless” is the biggest song of the year! It had the most spins of the first quarter! I don’t know that Pink song! But I noticed that she’s pink! They put me in a fuckin’ room and [inaudible – maybe “projected it”]. 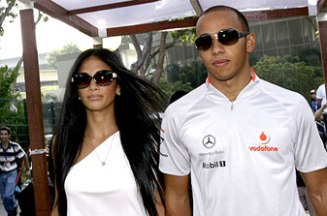 Deadmau5 tweeted “You’re a role model to 100’s of millions. You have a powerful voice,EDM could use your positive influence, not “molly” talk.” (This refers to her asking an audience, “How many people in this crowd have seen Molly?”)

Madge responded with this pic. Lol!

Deadmau5, seemingly only halfway buying it, replied: “Sure. regardless, just be a little more aware of what you *should* represent at EDM events, and ill watch my mouth.”

What do you guys think? I’m on #TeamMadge all the way!